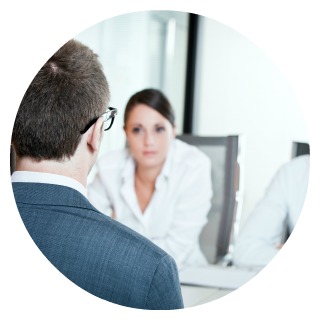 By now, you’ve likely heard about the controversy that arose when a SkipTheDishes HR representative cancelled a candidate’s interview after she asked about wages and benefits. The talent acquisition coordinator who had conducted the preliminary interview called off an already-scheduled second interview when the candidate emailed to ask for details around compensation. When the company cancelled the interview, the candidate tweeted a picture of the email exchange, which quickly went viral. 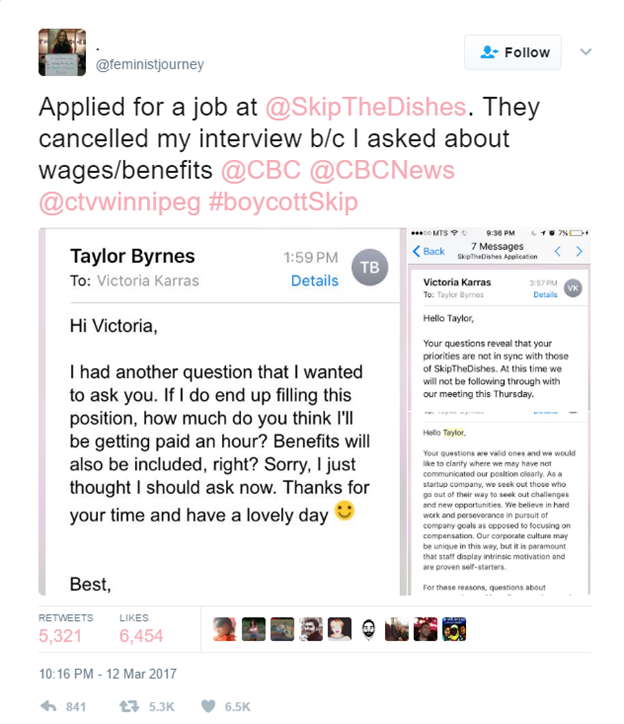 SkipTheDishes initially claimed that the candidate’s questions revealed her values were out of sync with the company’s, as they “believe in hard work and perseverance in pursuit of company goals as opposed to focusing on compensation”.

Though the company has since apologized and has offered to reschedule the second interview with the candidate in question, the damage to their employer brand is likely going to have lasting effects for the company. It can be hard to attract top talent, and this highlights the importance of promoting a positive candidate experience.

Talking dollars and cents can be tricky during the recruitment process—many of us have an aversion to bringing up compensation during those initial conversations. From the candidate’s perspective, it’s not always easy to know when it’s the perfect time to bring up wages. You don’t want the employer to think you’re just in it for the money, but at the same time, want to be compensated fairly! After all, nobody wants to work for free!

At Engaged HR, we’re big champions of transparency when it comes to compensation practices. Having a solid compensation strategy means you’re ensuring employees are compensated equitably. From the employer’s perspective, sharing salary ranges whenever possible during the recruitment process means that no one is wasting their time if you’re not on the same page when it comes to compensation. Money can be the make-or-break, and it’s better to know if you’re in the same ballpark before your dream candidate throws your offer out the window. Those initial interactions with candidates during the recruitment process set the tone for the employment relationship, which should be based on clear expectations and mutual trust.

Though we think there should be no surprises in the recruitment process, we know not everyone feels the same about this situation, and we’d love to hear your opinion.