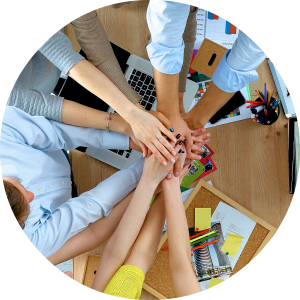 At Engaged HR, we do a lot of recruiting. One of the phases in our process is to have a discussion with our client about the interview panel and who should be on it. It seems like a rather simple question, with a relatively obvious answer, however the debate and discussion that arises is a direct result of what sits at the core of the organization’s culture. Let’s explore how this is possible.

One day, a hiring manager took it upon himself to hire a new employee. He took a rather autocratic approach and essentially screened the resumes, interviewed the candidates and made a decision to hire one of them without discussing it with anyone on his team. The new employee showed up on the first day of work and people were surprised to meet him as they didn’t know he had been hired!

The overall result of this approach? No one does anything to welcome the new employee, despite best efforts on the new employee’s part, and no one seems to want to make this work. The new employee feels set up to fail and the current employees feel pretty betrayed and disregarded by their manager.

The overall result of this approach? The staff members reach a tipping point where they don’t care who is hired, they just want SOMEONE hired and they want to stop talking about it! The staff, in this scenario, are completely disengaged from the process before it begins.

Just the Right Amount of Involvement

The third company, in our bird’s eye view tour of the hiring process, is doing something a bit different.

Imagine that you’ve just walked into their office and you’ve begun eavesdropping on the conversation of a few people huddled around a desk. The staff are talking about one of the job openings at their company and they are discussing who the ideal candidate might be, what qualifications they would like them to have and what kind of personality they might possess. You can see one person taking notes and you realize that this is likely a manager, collecting information from a number of people to help with the decision-making process.

As the manager gets up from the group, he says, “Thanks everyone, your input will be considered as we screen and interview candidates and then, before an offer is made, you will have a chance to meet the candidate who is the closest match. After you meet them, we want to know how well you think they have met the criteria we have laid out and how well you think they would fit into our organization and what kind of value they would add to your team. Thank you for your time and valuable input into this process!”

As the manager walks away, you hear the staff talking, with excitement, about how cool it would be to have someone join the team that met their criteria. You can tell that they are already engaged in the success of that person because they had an opportunity to weigh in on something that might impact them in the future.

The overall result of this approach? Getting input from those that are going to work closely with your new employee is important.

It provides them with the opportunity to influence the decision while knowing that they ultimately don’t have the final decision.

The Moral of this Story and Your Engaged HR Assignment

Find ways to involve staff in your hiring process. Take time to define your ideal candidate and get their feedback. Those that work closely with the role will know what it takes to be successful so make time to collect that valuable information. If you need help with the development of an ideal candidate profile, connect with us and we are happy to help you with that!