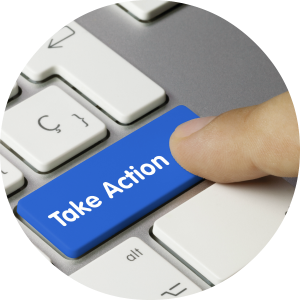 By the time you have the word “manager” in your title, you have seen and heard a few things along the way. You have probably seen an employee say something inappropriate to another employee or maybe you have noticed that there seems to be some tension between two co-workers, which is starting to impact the rest of the team. Maybe you have even heard the rumour about an employee — you know, the one about the employee who the women on your team will never be alone in a room with?

So, maybe you have seen and heard all of this, but have you done anything about it? Have you stepped in and said something? Have you investigated? Have you disciplined? Have you ever wondered if you should have done more?

Recent events with the Ghomeshi trial are bringing the need for employers to provide safe workplaces front and centre. In that particular case, there have been reports indicating that the management at CBC did not do enough to protect their employees. In fact, beyond the alleged sexual misconduct, the report highlights behaviours such as being “moody and temperamental” and “critical and mean” to co-workers as reasons why CBC should have taken a more pro-active management approach with Ghomeshi. Any defence that CBC has about management were curtailed by the report that called any effort they did take as “ineffective, infrequent and inconsistent.”

It is interesting that what started as termination for alleged sexual misconduct has morphed into this report that is holding CBC accountable for creating a healthy workplace managed by competent professionals. When investigations take place, there are many things that are uncovered, some of which are expected and some of which are not. The next step is of course to learn from all of it.

In reviewing the report, and the subsequent recommendations, there are numerous implications for CBC and a few resulting messages that are important for all workplaces to hear:

Policies and procedures are present in organizations for a reason. They are there to serve and protect everyone in the workplace and to hold BOTH employees and management accountable for their actions. They are the rules of the game and, as we all know, the game only works when the rules are followed by both sides.

2. Ignorance is Not Bliss

Not addressing an employee’s behaviour, or poor performance, condones that behaviour.

If you don’t address the issue, eventually the issue will change and it will no longer be about the employee’s behaviour but about the inaction of management. If you are a manager who is not taking action, the issue might actually be with you.

3. You Can’t Pick and Choose

Managers have a responsibility to manage everyone – not just those that won’t kick up a fuss if they are told to stop their bad behaviour. You can’t pick and choose which people to hold accountable and which ones to ignore or which incidents to investigate or which ones to sweep under the rug. Look for patterns, follow up on informal and formal complaints and raise the bar for people so that they are able to trust that their employer wants to create a healthy workplace.

Throughout the report, there are is a lot of talk about the culture at CBC. The report makes the point that there is a responsibility for leadership to build a culture where employees can speak up and make their concerns known and they can trust that they will be duly considered and appropriately managed. In fact, the report even alludes to the fact that if that kind of culture had been created and if the present policies and procedures had been enforced, all of this public debacle may have been avoided and the situation could have been managed internally and confidentially. Definitely a lesson to be learned about taking timely action!

Has this report shed some light on the impact of situations you aren’t addressing and perhaps sweeping under the rug? Is there anything you need to be taking timely action on to enforce a culture of accountability? If there is anything we can do to help, let us know. We are your HR department!