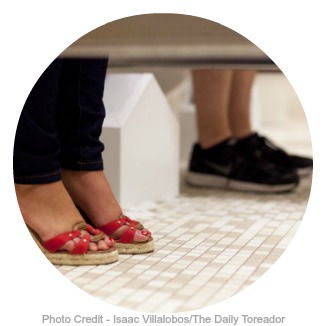 Have you heard about the upcoming changes to BC’s Human Rights Code? Last week, the BC Liberals announced that they’ll be introducing new legislation before the end of the month—the amendment adds language explicitly preventing discrimination against someone because of their gender identity or gender expression.

What does this mean for employers? Well, it was already illegal to discriminate based on gender identity (gender identity implicitly fell under “sex” before), but the new changes make it crystal clear. For folks who identify as transgender or gender non-conforming, the changes mean explicit protection under the law—a big deal for a group that faces increased challenges in and outside of the workplace! One study found that 90% of transgender individuals had faced harassment or discrimination at work.

With exposure and education, we’re all gaining a better understanding of gender identity in and out of the workplace. And for employers, the upcoming changes present a great opportunity to reflect on best practices for avoiding discrimination. Even if your organization champions diversity, chances are still good that some of your policies and practices play into gender stereotypes.

So how do you avoid discriminating? Here are a few important strategies to keep in mind moving forward:

1. Ask the right questions. Bottom line: you shouldn’t ask any overly personal questions about gender identity, particularly during the hiring process. One, it doesn’t matter, since it has nothing to do with the ability to do the job. Two, it opens you up to potential accusations of discrimination down the road. If you’re interviewing a candidate and their gender identity is hard to place? Don’t worry about it! Keep your interview questions focused on the knowledge, skills, and abilities needed for the job.

2. Pay attention. Part of creating an awesome place to work for everyone is making sure everyone feels comfortable and respected. Paying attention and using the correct pronouns to refer to someone is one of the most basic ways to show respect and acceptance. If you have been listening carefully for language cues and still aren’t sure, try asking “what pronouns do you use?” It might feel awkward to ask, but it’s way less awkward than making an assumption and getting it wrong (over and over).

3. Free to pee. Thought about your workplace washroom situation lately? Chances are that most of us don’t put a second thought into which restroom we select, since we automatically know which one fits for us. But for transgender or gender non-conforming employees, the answer isn’t always clear, and it can create some uncomfortable situations. The answer? Make at least one washroom in your organization gender neutral, and make sure everyone knows they’re welcome to use whichever washroom they feel most comfortable in.

4. Do you have a dress code? If you do, it should avoid gender stereotypes, like mandating certain hairstyles, makeup, shoes, or dresses for women. Part of avoiding discrimination means that every employee is permitted to dress as their presenting gender, even if that’s not the one they were assigned at birth. You can find more details on coming up with the perfect dress code here.

5. Plan for transitions. Do you have a plan in place to support employees who are going through a gender transition at work? Does it include training and delineate responsibilities for management and staff? Creating an official protocol before you need one can help clarify roles, responsibilities, and expectations, and helps create clarity and set the tone of gender inclusivity for all your employees.

6. Review your policies. Do you have a non-discrimination policy? What does it say? If it doesn’t explicitly include gender identity and expression, it should!

Your Engaged HR Assignment: How inclusive of gender diversity are you? If there’s room for improvement, implementing the above suggestions is a great place to start.

Need a second set of eyes to review your policies, language, and procedures for gender inclusiveness? Want to make some changes and not sure where to start? We know the ropes, and we’re happy to help! Contact us.