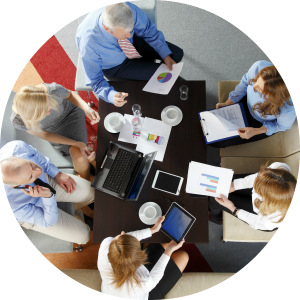 What actually happens is that I ask the employer a lot of questions. Questions like:

The discussions go as you would expect — there are areas that the employer is doing well and areas for improvement that are identified and, in our conversation, we make plans on how to improve. Then I get to the last question and there is often dead silence. They have no idea what I mean.

The “unspoken” is often the silent killer in an organization. What is meant by the “unspoken” are the expectations that we have of people that we don’t talk about and we don’t write down. These are your organizational cultural rules that you impose on people… but never tell them about. They have no idea and they are often breaking the rules and are completely clueless that they are doing it. This is usually because they have never been told!

Here are some examples:

In one case, I had an employer lose an amazing employee because they were ostracized in the organization. Why were they disliked and not included socially? Because they didn’t come to the coffee room at 10am to chat with everyone everyday. Apparently, this is a social norm in the organization that this employee kept breaking and the team’s dislike for her “breaking of the rules” eventually drove her out of the organization. When I asked if anyone went to her and invited her to come to the coffee room or if anyone had ever asked her why she didn’t join in, the team members didn’t have an answer. They didn’t think to do it. They didn’t realize that their own rules were getting in the way of someone being successful in the organization. This “unspoken” expectation was destroying their team.

So, what is the secret to addressing this? Start talking. Brainstorm with your team the things that are expected by people but are not written down, not talked about and not shared with new employees. Start writing things down. Make it clear what those unspoken expectations are and you will be amazed at how differently they are perceived by everyone in the organization. This conversation alone will uncover a number of things that are potentially creating conflict and dis-satisfaction in your organization and you will be cleaning that up as you go. It is a powerful discussion!